Just before Winter Break, I volunteered in my 1st grader’s class at their Winter Celebration.  I chose to host a craft table and at the time of sign up, hadn’t given much thought to what I would be crafting with them!  A couple of days before the party, I told my son I was still trying to come up with an idea, he suggested that we make snowflakes.   After dropping him off at school that morning, I came home to learn that his school’s PTO was collecting handmade snowflakes to send to Newtown, CT to decorate the new school where the students and teachers from Sandy Hook would be attending after their Winter Break.   This idea from my son was perfect….and he had no idea (and still doesn’t) about the tragedy that occurred just a few days before Christmas.

With the students and teachers from Sandy Hook starting classes today at a repurposed school in the neighboring town of Monroe, I thought this would be an appropriate blog post.   Handmade paper snowflakes from around the globe were sent to Newtown to decorate the schools.

The morning of the party, I headed to Michael’s and found a giant (like 180 pages giant) pad of 12×12 sheets of Bright Christmas Cardstock Paper in the scrapbooking section – it was beautiful and perfect.  An added bonus, it was 50% off!   I knew this paper would make great, big, colorful snowflakes!

My son’s 1st grade class did a great job!  Many had never made a snowflake out of paper before so they had fun learning!  The looks on their faces once they opened their snowflakes was unforgettable.  Once they made one for themselves, I asked if they would make one for me as well – most did.  In fact, some made several for me!  They didn’t know why I wanted them – nor did they ask.   I think they were just happy to share their work.  I kept them in a pile next to the craft table and after the party ended, headed to the front office with our beautiful donation. 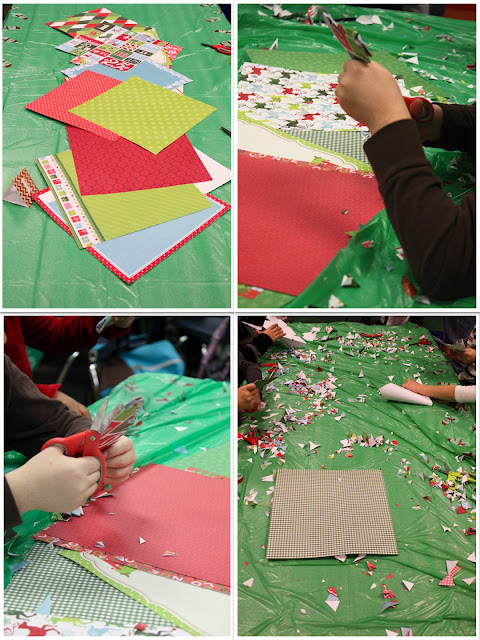 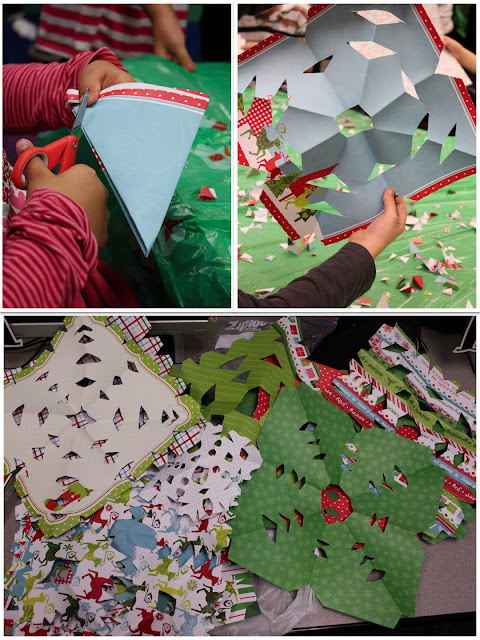