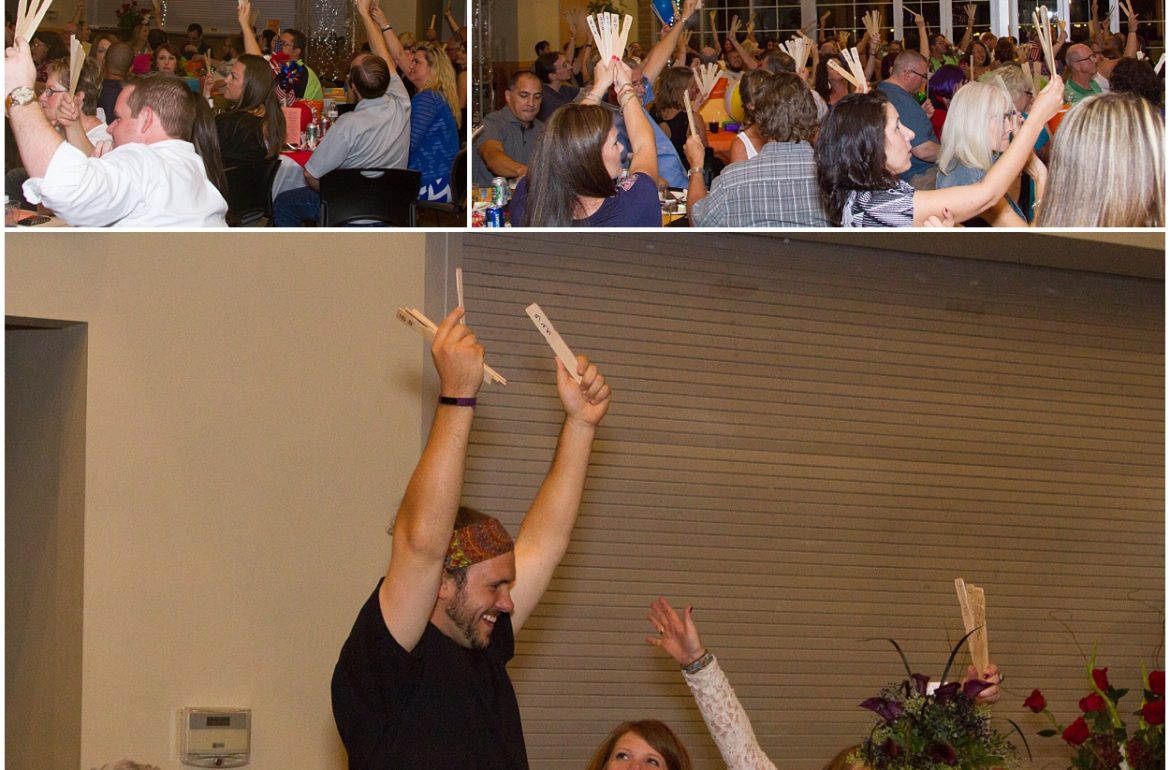 Our community has hosted a fundraiser called Quartermania for the past two years, we weren’t able to attend last year, but we did when it was held a few weeks ago – wow, it was a lot of fun!  You may be wondering, what IS Quartermania?  To begin with, it is a great way to host a fundraiser.  There is definitely some prep work to get ready for this event and as with most fundraisers, you’ll need sponsorship and donated prizes.

You will also need to identify where the proceeds for your fundraiser will go.  For this one, the money raised was given to the Power Ranch Angels – a group within our community that is filled with neighbors willing to help others in need within the community as well as to the House of Refuge which is a 501(c)(3) non-profit corporation. It was incorporated in Mesa, Arizona in 1996 for the purpose of facilitating quality housing and social services for Arizona residents who meet the definition of homelessness as defined by the Department of Housing and Urban Development (HUD) standards.

We are fortunate enough to have the Association of Power Ranch Entrepreneurs (ASPiRE) which is a network of residents within our community who are business owners. They work to build strong relationships with homeowners leading to mutually beneficial business relationships. They also sponsor lots of fun events – like this one!

Many of the ASPiRE members hosted a table – they all did a great job decorating them and providing their guests with fun takeaways!  When registering, guests could choose at which table they like to sit for the evening.  We went with another couple and were lucky enough to sit at the TNT Family Fitness table!

The fee for this adults only event was $15 per person and it included dinner from Zappone’s Italian Bistro, 1 auction paddle, and 1 raffle ticket. Guests could purchase additional paddles and raffle tickets at a discount online prior to paying full price the night of the event.  The other item that was super important for the guests to bring?  Quarters – lots of them.  I’ll get to that in a minute.

The doors opened at 6:00 p.m. and upon  arrival, guests could purchase beer or wine from a cash bar and spent time perusing all of the prizes to determine on what they were planning to bid.  At 7:00 p.m., dinner was served, buffet style and at 7:30 p.m., the raffle began!

The Hubby and I purchased additional raffle tickets and paddles beforehand and in total had 14 paddles between the two of us.  Written on each paddle was a unique number that corresponded to a chip in the large bin from which the winners’ numbers were pulled.  On each table there was a bucket.  Every time you wanted to bid on something, you had to add a quarter to the bucket for each paddle you were going to hold up as a bidding paddle.  We decided to stack our quarters in sets of 7 because we decided if we were going to bid on something, we would bid on it with all 7 paddles each.

The MC would hold up the prize, give a description, and then everyone had a few minutes to decide whether or not they were going to bid on it, if you were, you added your quarters to the bucket and held up your paddles.  If the number called matched the number on your paddle – you won!  If the number called didn’t match a paddle (because maybe that person didn’t bid that round) another chip was drawn until a winner was found.  Throughout the night, some prizes were raffled off as well using the raffle tickets we purchased.

I was so excited when I won this awesome gift basket filled with fresh and dried herbs, hand painted note cards, and a $50 gift certificate from Greenhouse Gardens donated by Leah Gumm Agency – American Family Insurance!

While all of this was going on, the branch of MidFirst Bank located off of Power and just south of Pecos were collecting the quarters from the buckets on the table and tabulating them to see which table was the winner at the end of the night! The Hubby and I are pretty competitive, so we may have thrown in some cash at the end to ensure our table took first place!   They also had an ATM set up outside and all transaction fees were donated as part of the event.

We had so much fun – I can’t wait to attend next year!