Tyler Florence and The Good Life Festival at Encanterra

I have recently found a few posts in draft mode!  This was originally published in my weekly column for the The Southeast Valley Ledger in February 2013.  I typically do a blog post to my site as well, but I guess I missed this one!  Better late then never!

On February 9, 2013, The Hubby and I attended The Good Life Festival’s Food and Wine Event at Encanterra.  It was a cold day in the Valley – but well worth donning a coat and boots for a few hours.

My #1 priority at the event was to get a photo with Chef Tyler Florence.  About 10 years ago when he was promoting his cookbook “Tyler Florence’s Real Kitchen”, we were living in Atlanta and the hubby learned that he was going to be signing his cookbook at a small, local bookstore.  We headed down there, bought the cookbook, Tyler signed it, and the hubby took a photo of us. You can see that photo as well as a picture of my signed cookbook here.

I kept the 5×7 print of the photo in my cookbook and for Christmas that year, the hubby surprised me by getting an 8×10 print and framing it – I promptly added it to my kitchen décor.  When we moved to the Phoenix area, it moved with us and continues to sit on our kitchen counter.

When I learned about this festival and that Tyler Florence was going to be there, I promptly marked it on my calendar and lined up a babysitter.  I wasn’t exactly sure how I was going to make this photo op happen, but I figured I’d come up with something once there.

Our oldest had a basketball game that afternoon, so we only had a couple of hours to attend.  Once there, we found out that Tyler was going to be signing his new cookbook – but it was scheduled later than we were able to stay.  We scouted out the food trucks to decide what we were going to eat for lunch and then planned to find a spot in front of the Jenn Air stage to watch Tyler’s cooking demonstration.

Then the hubby says to me, “There he is honey, right over there – just go ask him if you can take your picture with him”.  He was right – Tyler was right next to the stage talking to some of the other chefs.  With my Canon Rebel and 5×7 photo from 10 years ago in hand, we headed towards him.

I waved to him and he walked right over.  Sharing the photo was a great way to start the conversation and I asked him if we could take another one.  He looked at the picture for a long time – The Hubby and I told him where it was taken and how long ago.  Then we joked about how we both look better now, at the same age of 41.   The celebrity chef happily obliged to a picture and The Hubby did a great job taking the second one too.  I do have to say that after seeing a lot of the photos from the event, I was pretty impressed with the one I got with Tyler! 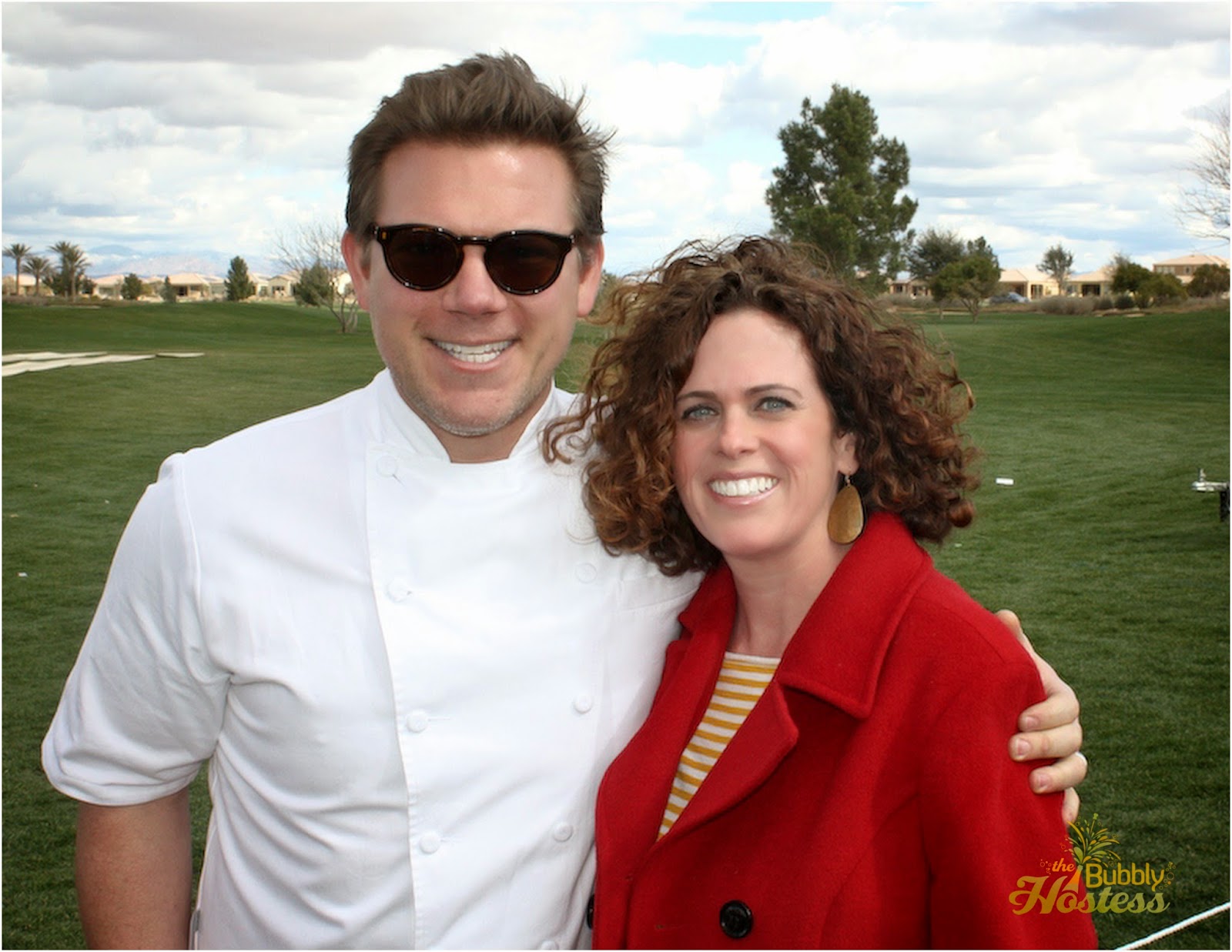 The Hubby and I grabbed a quick bite for lunch and headed to the Jenn Air stage to watch Tyler’s cooking demonstration.  Such a personable and genuine man, it was a joy to sit out in the cool, fresh air and watch him cook.  Thanks for the updated photo, Tyler – it looks great in my kitchen!