School for my older one starts back up on Monday….this has been his first “summer break” ever since he started preschool at about 15 months old.  It wasn’t an easy start to summer, but with his nanny, they ended up having a great summer together!

He has many friends starting school on Monday as well, including two entering the world of Kindergarten!  They are even lucky enough to have the same, amazing Kinder teacher he had!

We started out the day with a water balloon toss which didn’t last too long, the kids just wanted to throw the water balloons at each other – so we decided to roll with that!

When it was time to eat, I served the kids “crab sandwiches” filled with good ol’ PB&J.  I got the idea for the sandwiches from Disney’s Family Fun Magazine, they were a big hit!  We had one little guy who is allergic to peanuts, but easily swapped it out for soy nut butter and he was just as happy!  I didn’t attach the carrots or the strawberries – I wanted them all on one platter, so just informed the parents they would have to “rebuild” at serving time – it was fairly easy!  I prepped everything ahead of time on the platter and covered with plastic wrap.  I made the toothpick eyes ahead of time as well, but put those on at the last minute. 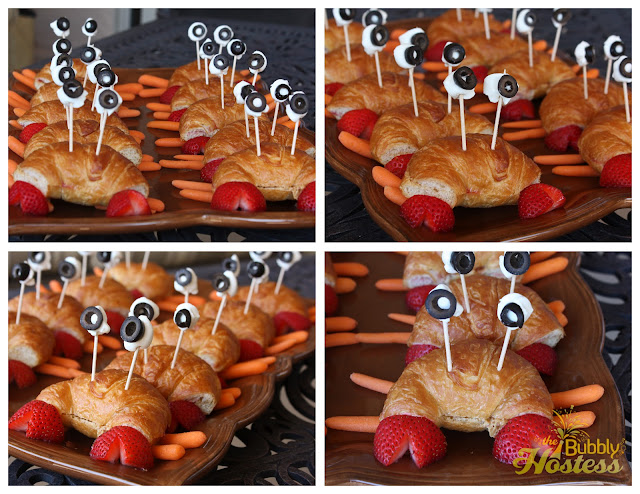 For the adults, I served “Rocky Mountain Salad” – blog post to come on that one, the photos I took weren’t too exciting but the salad is delish!  We also had shrimp cocktail, the extra croissants from the sandwiches, and fruit for everyone!

For dessert, I made some beach-like cupcakes, idea courtesy of Martha Stewart, I just swapped out the shark fin for a jelly fish on the “ocean” cupcakes. 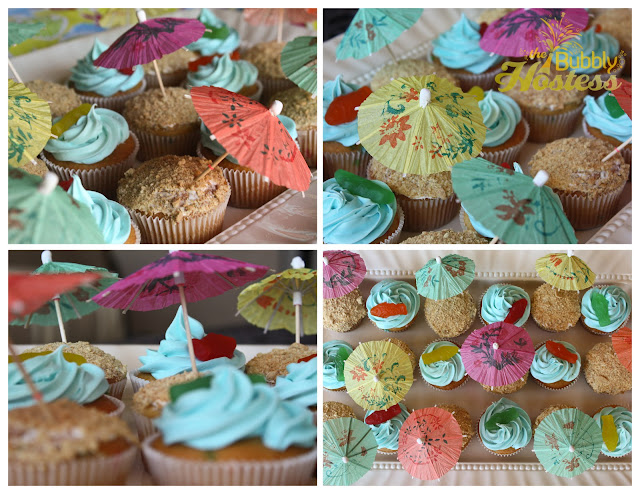 I hope you are looking forward to the bittersweet end of summer break and start of a new school year, I’d love to hear about your traditions and events to celebrate! 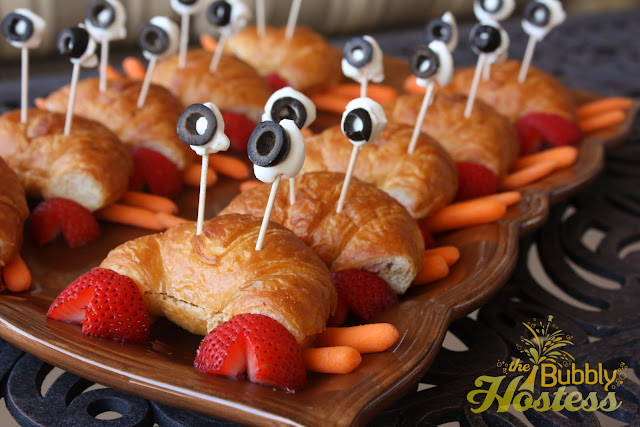 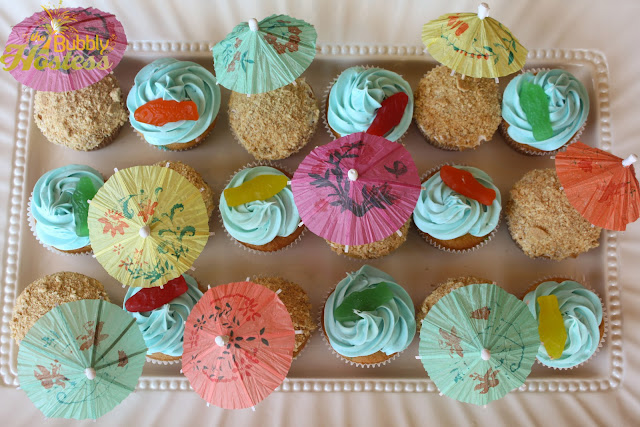