Over the weekend, we attended a Halloween Birthday party for a friend of our boys.  The birthday boy is turning 8 in early November but asked his mom if he could have a Halloween-themed birthday party – so she delivered just that this weekend.

The kids and adults were all invited to dress up in costume – along with the kids, most of the adults came through!  Her decorations were, of course, all Halloween themed – they all looked awesome!  We enjoyed pizza for dinner and she had the buffet decorated with Halloween cookies and cupcakes. Her son was fully responsible for decorating the cupcakes – don’t they look great? 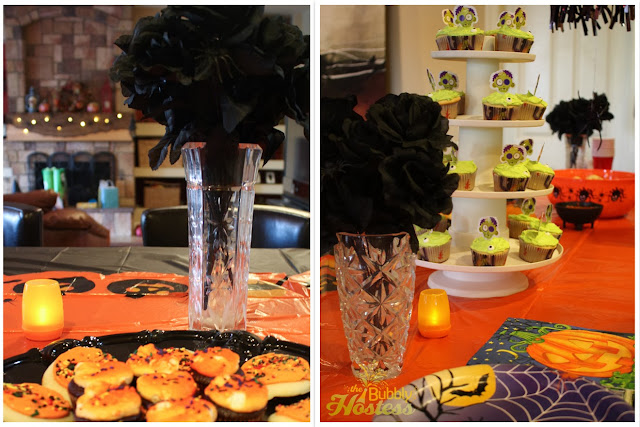 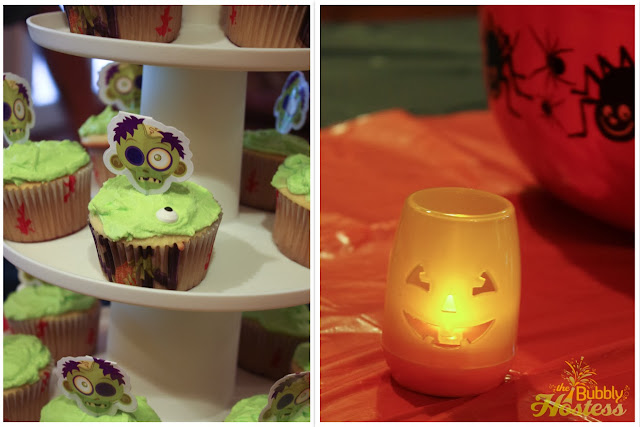 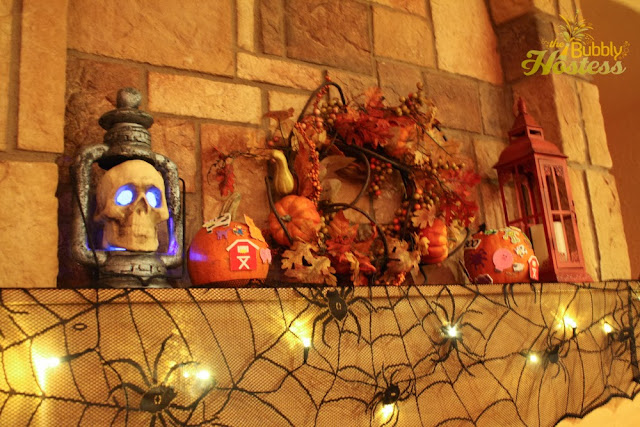 Everyone was entertained by Jungle Jill who brought all of her “Creepy Crawlies” to show (and scare!) the party guests.  There were friendly ones too – like cool turtles and harmless snakes, but a few that stayed in their box like the scorpion and tarantula. 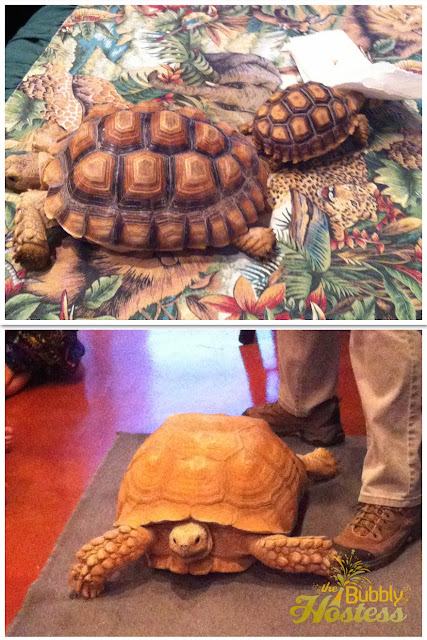 Yes, that gigantic snake on the right is a boa constrictor! 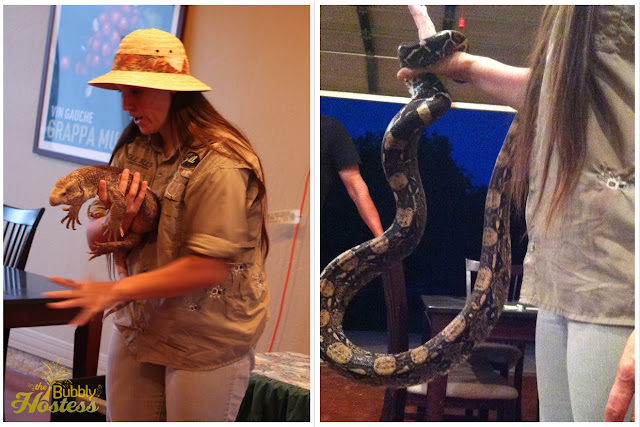 The birthday boy was able to hold a number of the critters – he did great!  He only panicked while holding the boa – he didn’t hold it long enough for me to get a photo! 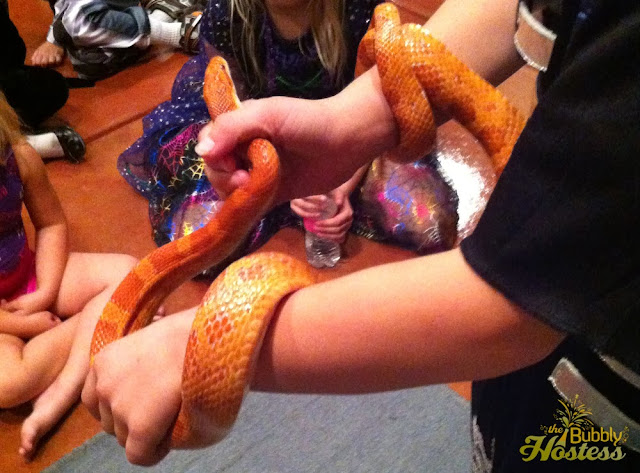 After the show, each child was able to choose one of the “safe” critters for a photo op.  My two boys opted against this!  But a friend of mine gave me the A-OK to include this adorable picture of her daughter holding “Teeny” the 1 year old turtle. 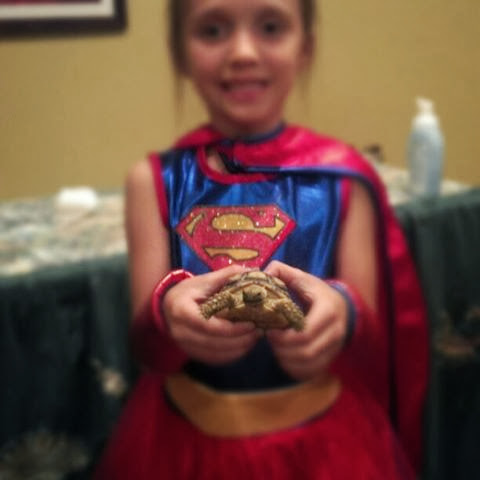 The party favors were perfect.  Cute jack-o-lantern takeout boxes filled with mini Halloween flashlights, spider rings, and goozing eyeballs candy – all from Oriental Trading Company.  Note that the flashlights were packaged and did not include a battery.  If you use this, I would recommend opening them and filling them with batteries before the party.  Our hostess saved the day with a large package of batteries and was able to quickly fill each flashlight with one as they were opened.

More great work from the {almost} 8 year old birthday boy – he was responsible for filling all of the goodie boxes. 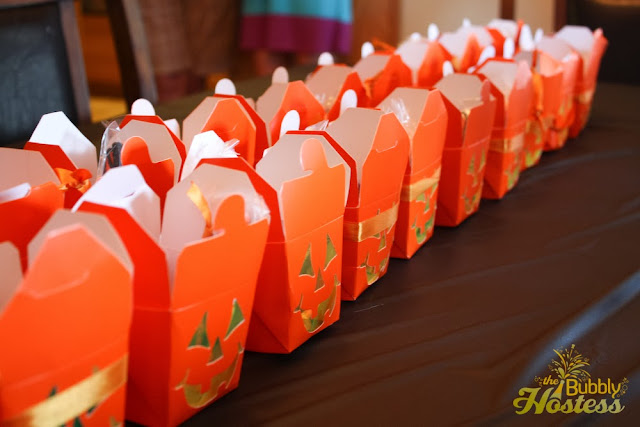 It was clear that the adults and kids all had a great time at this party.  What a fun idea to make a birthday party into a Halloween party too!