I saw Guy Fieri make a dish similar to this on his show Guy’s Big Bite and it looked delicious.  This week, I decided to take a peek in my kitchen to see what I had so that I could make something similar.

I thought my boys would have no issue with this since they eat all of the ingredients that were in the stuffed pepper, but because it was served in a halved bell pepper, it completely threw them for a loop.  So, after dumping the mixture out of the bell pepper onto their plates, it somehow tasted much better to them.

You can switch out the sausage for whatever type you like.  I have been using bulk sweet Italian chicken sausage from Sprouts lately.  Since I usually crumble it anyway, might as well start with it not in the form of links!

This was fairly quick to pull together and The Hubby and I thought it was delicious! 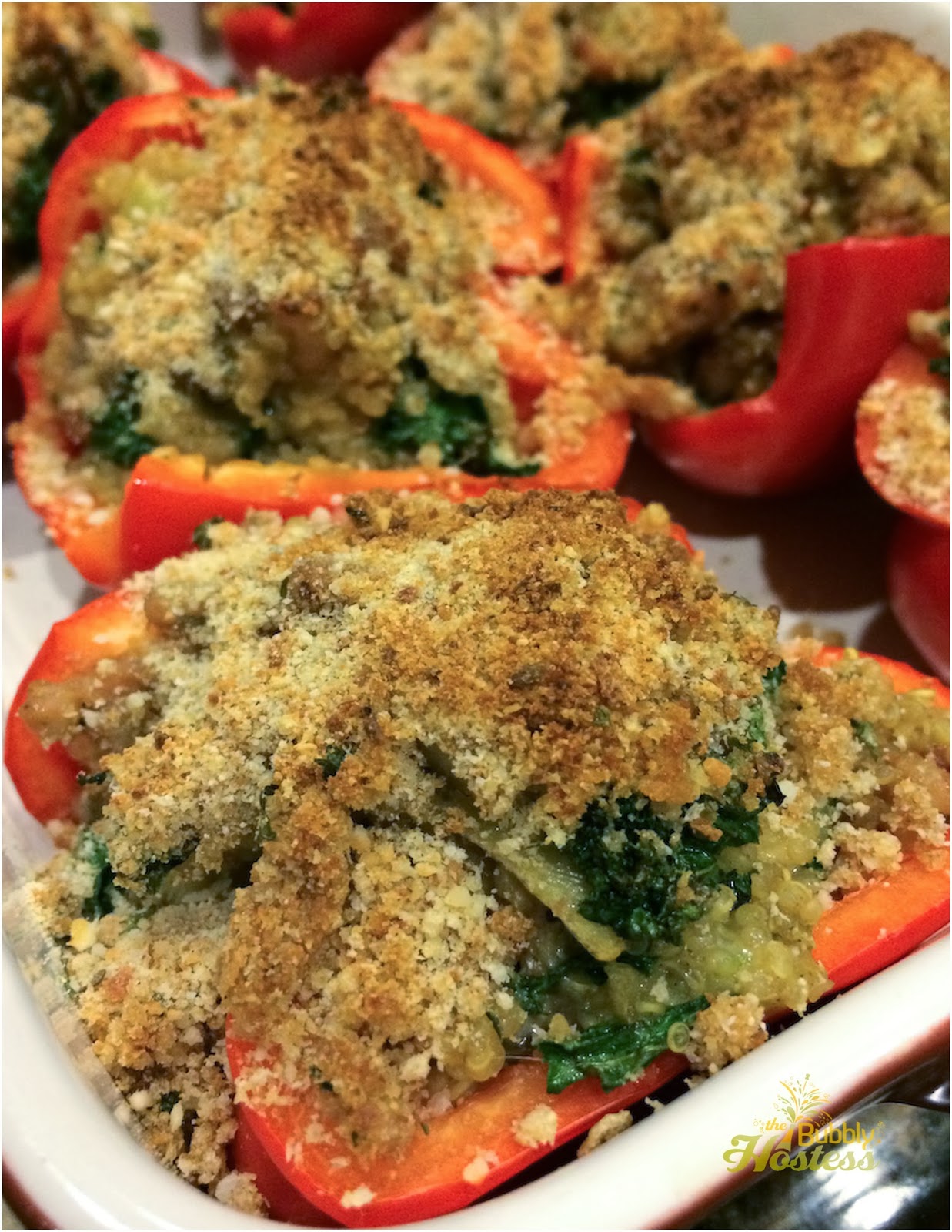 In a large skillet, cook the sausage until brown and crumbled.  In the meantime, cook the quinoa.  Once the sausage is browned, remove from the pan and drain on paper towels.

Preheat the oven to 350 degrees.

Do not clean the pan in which the sausage was cooked.  Add kale, garlic, and onion and a little bit of olive oil if the pan seems dry.  Season with salt & pepper.  Cook for 5-7 minutes until onions are soft and kale is bright green and slightly wilted.

Fill each bell pepper halves with the sausage and kale mixture and place in a large baking dish. 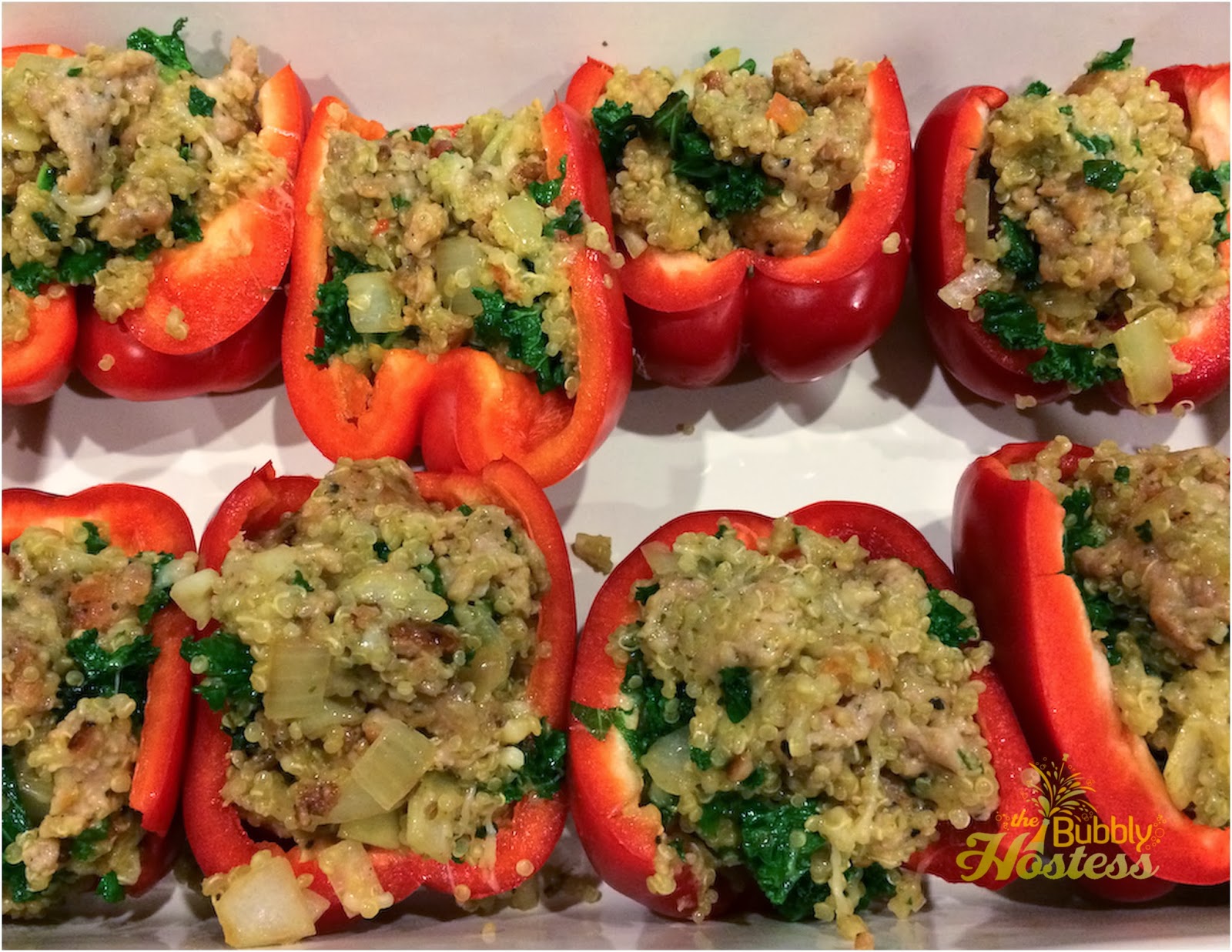 Top with the bread crumb and Parmesan mixture and drizzle each with a little bit of olive oil. 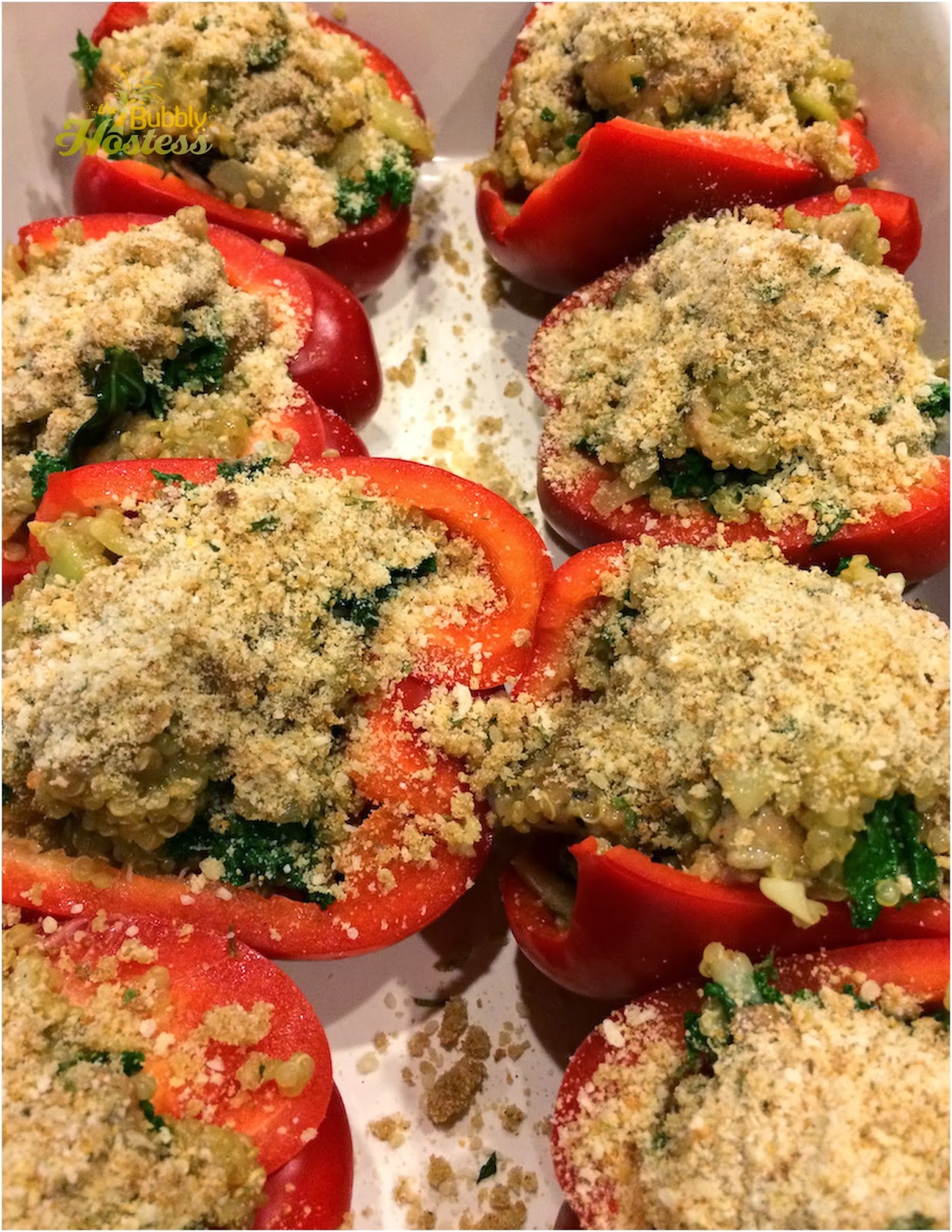 Bake at 350 degrees for about 10 minutes and then turn up the oven to broil and cook until the breadcrumb and Parmesan mixture browns.